I’m here in Norwich, England, the town where our 9th Great Grandfather and immigrant, Michael Metcalf, moved to as a young man. Here he married, engaged in business, and started a large family. Michael thrived in Norwich for almost twenty years before the ever shifting religious scene resulted in his being persecuted for refusing to bow to the name of Jesus. A staunch Puritan, he objected to any man-made rules of worship. Accused of treason, and fearing for his safety, he sometimes hid inside his own attic, and then fearing for his life, he left his family for the safety of a distant town. In April of 1637, the entire family (Michael, his wife Sarah, nine children, and one young servant boy) emigrated away from England.

Yes, folks, part of what we were taught in history class is actually true! People really were persecuted for their religious beliefs to the point where they willingly left their homes, their country, their businesses, and everything and everyone they knew, to board a ship and sail over the ocean for two months to a new, strange, and undeveloped colony on the other side of the world called New England.

Yeah, I read it in my Jasmine singing voice too.

They landed in Boston on June 8th, 1637 and soon moved on to a new area that would became Dedham, Massachusetts. Michael signed the town covenant, became a member of the town, a member of the church, was granted scads and scads of land, and he prospered. He served as town selectman and in his old age, as the school teacher. He remarried shortly after his first wife died. He lived in the New World for less than 30 years, having died in 1664. He can be found in town records, church records, published genealogies, journal articles, and history books. I’ve read his will. I’ve seen, in person, where his town land and his house sat in Dedham and I’ve photographed his dated, wooden chair that sits in the museum there. It was time to go see his England-side stuff.

Supposedly, it’s the oldest wooden? american made?? something chair

It is generally accepted in the genealogical community that Michael Metcalf was the son of Rev. Leonard Metcalf, rector of Tatterford parish in Norfolk county in the late 16th and early 17th centuries. His birth year remains a mystery because his baptism is glaringly missing from the parish register, but then again, so are whole years’ worth of records, like a page or two slipped out somewhere along the way from the book’s origin in tiny Tatterford village to its being microfilmed hundreds of years later in here in Norwich (except that since I wrote this yesterday, I’ve accessed the microfiche copy at Norwich Family History Center, and the pages themselves aren’t missing, as one page was used for multiple years. What is missing are all entries for several of the years within the time period. For these years, you see what amounts to a 404 message, “no records found”. What does that mean, I wonder? The register isn’t the original record book? It’s being presented as such. Or it means that the register IS the original book but there was nothing to record for those years? If so, where’s Michael? Yikes.) From other records that report his age, we can estimate that he was born about 1590, which is one of the missing years and fits in well in the birth order of the other Metcalf children. What else was happening in 1590, you ask? Queen Elizabeth I (Henry VIII’s daughter) was on the throne and William Shakespeare was busy writing Romeo and Juliet. It was 425 years ago. FOUR HUNDRED and 25 years ago. Yesterday, I stood in the churchyard at Tatterford, trying to catch a glimpse of 1590.

Before you get too excited, it’s not the same church building. This one replaced the ancient one back in the mid 1800s. But it is in the same spot and a small village is still there. And it was pretty cool to be there, where Leonard (who’s interesting in his own right and surely blog-worthy, stayed tuned)  did his preaching and where Michael and his seven siblings were baptized. Leonard’s bones are in the ground here somewhere but of course there’s no marker. We found an old, tiny lady sweeping the Astro Turf pathway that leads into the churchyard who, after explaining the fake grass, invited us into the church. She showed me the old records books they had, but of course, they only went back two hundred years. They still have services here in the village. Of the 90 or so residents, a half dozen or so usually attend.

All those uncomfortable pews for very few bottoms

Leonard passed away in 1616, by which time Michael had most likely removed to Norwich, the nearest city. By 1618, he’s a Dornix Weaver receiving his Freedom of the City, a recognition that grants him the right to do business, own property, vote, and receive protection from the city. Dornix is heavy damask type cloth used to make draperies or wall hangings. The city was walled and divided into parishes, each with its own church. Many of these churches still stand today. In fact, there’s over thirty seriously old churches here, many within spitting distance of each other. It’s comically confusing to walk the city and keep passing “the church”. Sadly, the first parish that Michael lived in, the one where his seven oldest children were baptized (including our 8th great grandma, Mary Metcalf Wilson), was heavily damaged when the Germans carpet-bombed Norwich in 1942. All that remains of St Benedict’s is its tower, now set in the courtyard of very college-dormitory looking apartment complex.

Rapunzel! Rapunzel! Hard to imagine it attached to a full church.

The second parish they lived in was St Edmund’s, on Fishersgate, near the river and in the industrial part of town where Michael’s workshop was probably located. Look! The church is still there. The ENTIRE church. And appears to be in good shape. The doors were locked, so I couldn’t get inside. I think it’s being used as a pregnancy crisis center or something.

Let’s all imagine our English immigrant, the rebellious worshiper, inside this very church, standing defiantly tall at every mention of Jesus.

Well, that’s all I’ve got so far. Tomorrow I’ll start searching for documents and records in the local archives, hitting the Norfolk Family History Society first, then the Norfolk Record Office. I’m not expecting to find much that isn’t already available online or that was overlooked by the real genealogists who’ve researched him, but you never know. The real thrill is being here in Michael Metcalf’s old stomping ground. Lucky me, I’m walking around in our family history.

When in Norwich, Harriet’s Tea Room. Oh yes, Lauren, we did. 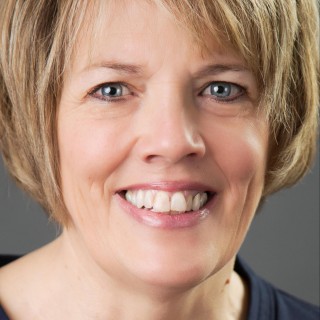